For this weeks case study, we are in Soulbury, completing a double bay window installation project. The client had become worried about the condition of their existing windows as visible signs of damage started to show. As the seals of the windows were particularly worn, they had begun to leak due to a build-up of moisture between panes. This prompted the client to contact Crown Window to resolve the issue as soon as possible.

To gain an idea on the severity of the damage, one of our team members visited the client’s property to review the site. They also ran through requirements and took measurements of the windows. After being impressed by the service received, the client decided to go forward with their window installation.

The clients existing windows allowed a constant stream of natural light into their home, which they were eager to maintain. With this in mind, the team recommended double bay fitted windows to fit with these requirements. Available in a variety of colours and styles, we ran through the endless possibilities the client could choose from when considering double bay fitted windows. They decided to go with the signature Rosewood, a dark brown/red shade which would complement the appearance of their property.

To help prevent the previous problem of leaking within their home, Crown Windows installed double glazing on all the windows. This, alongside our 10-year warranty guarantee, means that the client will no longer be at risk of further leakages.

The homeowner was delighted with the service Crown Windows provided, having their windows replaced in no time at all. They also had the addition of a sliding door installed within the window fittings. This allowed easy access from their dining area, into the clients garden and patio area, perfect for the summer months. 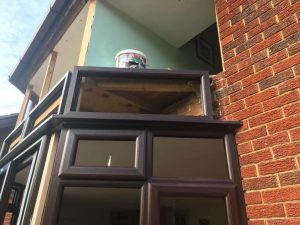 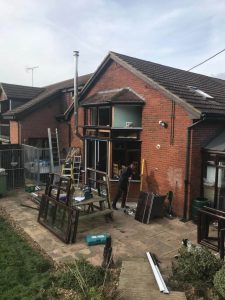 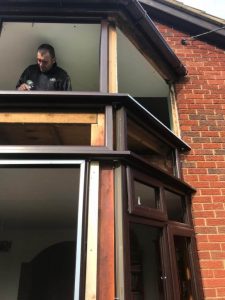 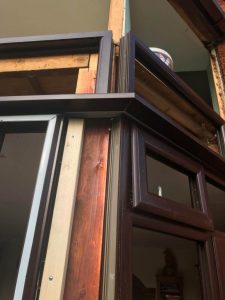 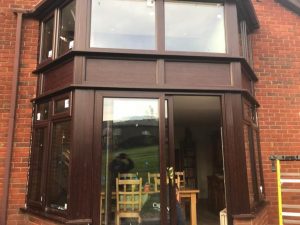 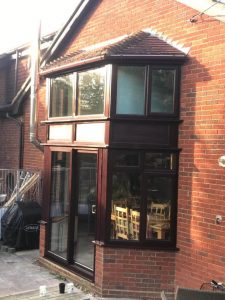 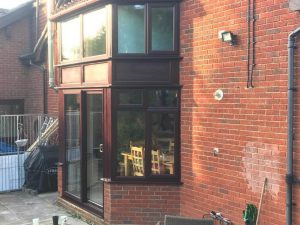 “We want to thank Crown Windows for helping us bring our home back to life. It was looking a bit worn down, but with the new installation, it looks great! They were so professional, and the quality of the end result is outstanding. “